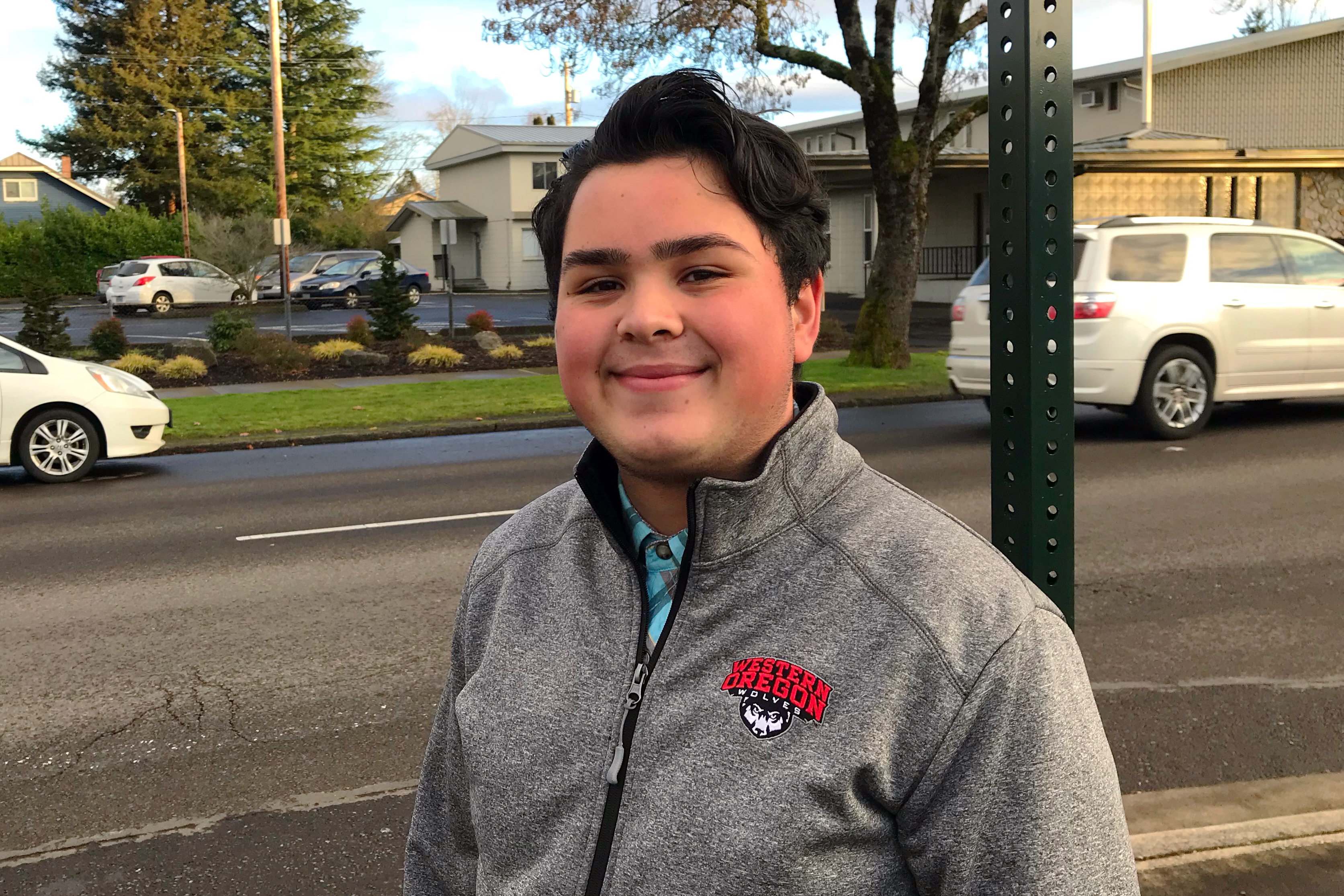 Cesar Torres Ibarra, 17, once relied on shoe leather to get around Salem. He would routinely walk 45-minutes from his home in West Salem to reach the Boys & Girls Club on Summer Street Northeast.

About a year and a half ago, Cherriots became Torres’ ride. He has gone from a reluctant bus rider to transit advocate, with a seat on the Salem City Council Transit Committee.

“I am glad that I got introduced to the buses. It makes everything so much easier and efficient,” Torres said.

The change from long-distance walker to bus rider came after staff from the Boys & Girls Club intervened. Torres’ adviser urged him to sign up for the Cherriots travel training program, which is open to everyone.

Once he learned the basics of using Cherriots, Torres became a regular rider on Routes 17, 13, and 3. The West Salem High School student enjoys public service projects and plans to major in education at Western Oregon State University.

Through his high school’s Latino Club, Torres helped with organizing a Dia Del Niño event, a celebration for children, at the Gilbert House Children’s Museum. He is also a participant in the Boys & Girls Club’s “T3: Training Teens for Tomorrow” program. And he won the city-sponsored Salem Youth Achievement Award for 2017 for his volunteer work.

If Torres needs to get somewhere, the choice is walking or riding the bus. His parents have demanding work schedules and usually can’t drive him to activities in the family car, he said.

Torres doesn’t have a driver’s license, although he has a learner’s permit and wants to own a car. The teen, however, said he intends to stick with Cherriots for most of his transportation needs.

“It helps me leave a smaller carbon footprint, which is better for the environment,” Torres said. “Plus, gasoline is pretty expensive.”

Besides taking the bus to the Boys & Girls Club, Torres often rides Cherriots to the Salem Public Library. He also hops aboard the bus to visit friends who live near the downtown core.

Bring along a friend when you’re learning how to use the Cherriots system. Companionship can help new bus riders overcome the anxiety of trying something new, Torres said.

“For me, personally, I was a bit scared,” Torres said. “But after riding the bus, honestly, I’ve never felt unsafe.”

Using public transit has also driven home the lesson of not judging people based on their outward appearances, Torres said. Intimidating-looking strangers can sometimes be friendly, he said.