It's My Ride: Austin Welch Profile 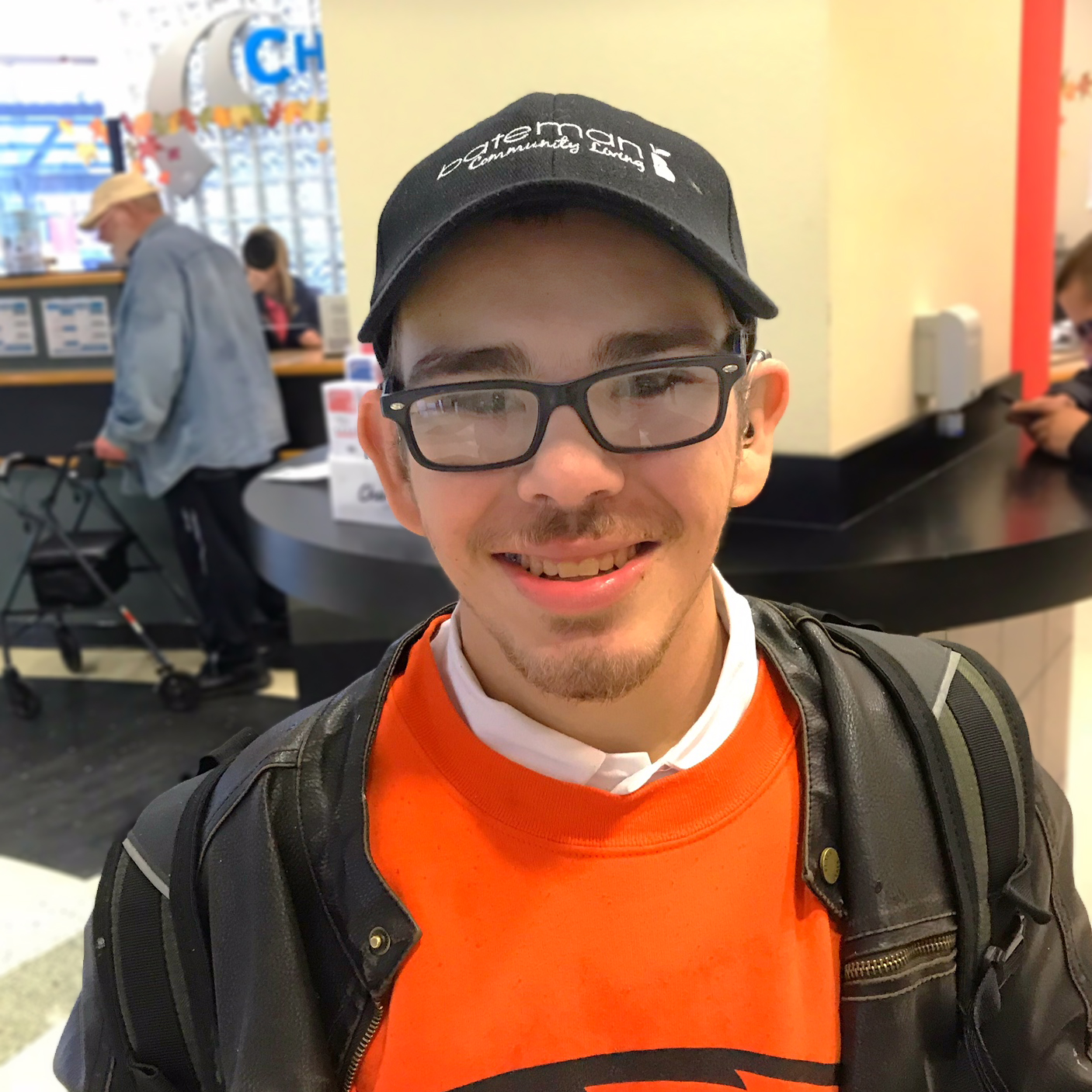 About the time Welch entered the world, his father, John Welch became a transit operator for Cherriots. His father brought the bright-eyed boy along on bus rides. By middle school, the junior Welch knew all the bus routes in Salem and was at ease traveling by himself.

“Cherriots is like a second family to me,” said Welch, who dreams of attending Oregon State University and becoming a veterinary technician.

As a young adult, Welch remains an honored guest at the transit operators’ breakroom at Courthouse Square, and his father still works for the transit agency. The graduate of North Salem High School has started a new job at a food service company that packs frozen meals.

Welch’s optimistic outlook is remarkable, given his rocky start in life. Before his third birthday, Welch was stricken with a virulent strain of E. coli. Doctors aren’t sure how he contracted the disease. The toddler suffered a stroke and required a kidney transplant.

Welch’s childhood bout with E. coli has caused a lifetime of health issues. He uses hearing aids and the optic nerve to one eye is damaged. Welch has thought about getting a driver’s license but isn’t sure he could pass a driving test because of his eyesight.

For now, at least, Welch will stick with his old friend: a Cherriots bus.

The bus is the most practical transportation option for Welch to get to work and, typically, four or five doctors’ appointments per month.

He also uses Cherriots to go on shopping trips in downtown Salem, as well to meet-up with friends. Like many Cherriots riders, Welch is looking forward to the return of Saturday bus service.

“That’s one of the things me and my friends talk about. It’s going to be a lot easier to get around town on Saturday,” Welch said.

Cherriots expects to provide weekend bus service sometime in 2019, once state revenue from the new Statewide Transportation Improvement Fund is made available to Cherriots and other transit agencies.

While bus schedules and mingling with strangers might be intimidating for new bus riders, those worries diminish with time and practice, Welch said. The young man said he’s always felt safe on Cherriots.

Welch can’t recall a bad experience as a bus passenger, except maybe the time about six years ago when the Route 11 bus broke down on Lancaster Drive NE. But even then, his dad was at the wheel and the long wait for help to arrive was time well spent.

Helping businesses and their employees explore their transportation options